RSS
← Three-De-volution
Well, Hello Billy! It’s so nice to have you back where you belong! →

Why do we love the movies? 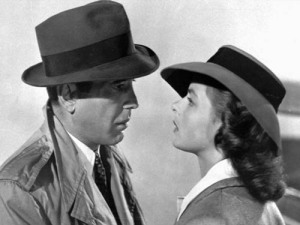 Three weeks from today, I will turn 40 years old, and so begins what is (I hope) the glorious second act of my life.  Thirty-five years of those four decades, I’ve spent going to the movies.  I love the movies, they are my passion.  Always have been, always will be.  I am working toward becoming a film critic.  In my lifetime, I think I have seen close to 10,000 movies, beginning with Walt Disney’s The Rescuers in 1977.

Movies are the most approachable of all the mass arts and most emotionally engaging.  Art, music, theater, literature, those all have their merits, but movies encompass elements of all those arts, sometimes at the same time.  We can get a visual, an auditory and an emotional pull from a movie that we can’t get from another medium.  They work on our brains like nothing else.  Plus, they bring about community like nothing else.  There’s something magical about seeing a movie in a space with as many people as possible.

From my vantage point, the movies are a picture window onto a world that never existed.  They present a visual time-stamp of attitudes and ideas of a time long gone, never to be retrieved.  You can complain about the racism of Birth of a Nation with its positive portrayal of the Ku Klux Klan, but what you cannot deny is how invaluable it is historically.  Right or wrong, It speaks to attitudes and feelings that a lot of moviegoers had at the time.

Movies do that, they record for all time the moments in history.  There, on the screen, is a visual record of a moment captured in time for future generations to see.  The other night, when I was looking at It’s a Wonderful Life, I began to reflect that I was looking at a moment captured by the camera in 1946, only a few years before my parents were even born.  That movie, that glorious American classic, captures forever a time, a mood, an attitude about America that has passed us by.

All movies, in a way, do that.  Like a moving photograph they capture people and events that are long gone.  Watch an old newsreel sometime, maybe from the 30s or 40s and you will see people passing in and out of the frame who were alive then, now most likely dead, captured forever within the tiny scope of the camera’s lens.  You can recreate the Hindenburg with special effects, and you can tell your grandchildren stories about it, but we have it on film for all the world to see, a terrible event captured on film that took place generations before many of us were even born.

Movies have been around now for well over 100 years, and they’ve been my constant companion for nearly all of the conscious time that I have been on this planet.  Now, as I totter boldly into my life’s second act, I always know that my friend will be there waiting.

← Three-De-volution
Well, Hello Billy! It’s so nice to have you back where you belong! →

8 responses to “Why do we love the movies?”