RSS
Written in the Stars →

The Academy Changes Its Rules 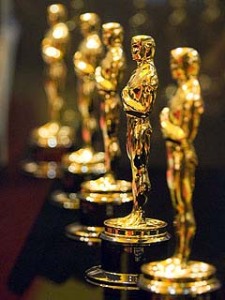 If you follow the Oscars as I do, and there is a lot to follow, you are often exasperated by most every decision made by The Academy of Motion Picture Arts and Sciences.  Yet, now I think they’ve made a command decision that might be beneficial, if it works.

For years, pundits complained that the Academy’s lock-up of five nominees was unfair, that it left too many good films out in the dust, while other films snuck in that really didn’t deserve to be there – some of them even one. As an antidote to this problem, In June of 2009, The Academy of Motion Picture Arts and Sciences issued a statement that the number of Best Picture nominees was being doubled from five to ten. There were probably a dozen reasons why, but the official word from academy president Sid Ganis was this: “Having 10 Best Picture nominees is going allow academy voters to recognize and include some of the fantastic movies that often show up in the other Oscar categories, but have been squeezed out of the race for the top prize.”

That was the official reason but, like most, I suspect that it was due to the ceremony’s slipping television ratings and the previous year’s fan-generated outrage when The Dark Knight did not receive a Best Picture nomination. The Academy was trying to save face, I believe, and expanding to ten nominees was a way to keep this from happening again.

It was a noble effort, but it didn’t work.  Having ten nominees means you have to fill that space and often it left a lot of question marks on the morning of the announcements (District 9 . . . really?!).  Well, now the academy is retooling The Best Picture category again, and this time they may have it absolutely right.  Now, instead of ten films being locked in as nominees, the list will float between 5 and 10 nominees.  That means a minimum of 5 nominees and a maximum of 10. According to the new rule, a film must receive at least 5% of the first-place votes to get nominated.

Will it work?  Will it boost the show’s sagging ratings?  Will it make the Oscar telecast less of a struggle to sit through.  I guess we’ll have to wait until February to find out.

Written in the Stars →

One response to “The Academy Changes Its Rules”